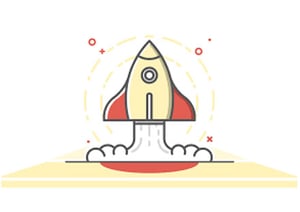 With the expanded growth and broadening of Cognos Analytics has come the need for more flexibility and options in the area of deployments. This is particularly true in larger, complex environments where more content is being deployed and promoted to more Cognos instances. And while the standard deployments from Cognos do the job at a basic level, large enterprise environments need more options and granularity in deployment.

This requires capabilities that not only make it easier to do this, but to do it in a way that recognizes the need for more differences in how instances are managed while still insuring success. Here we will look at some of these that have recently been added to Envisn’s NetVisn product. Some of these reflect customer requests while others represent the logical extension of current features. 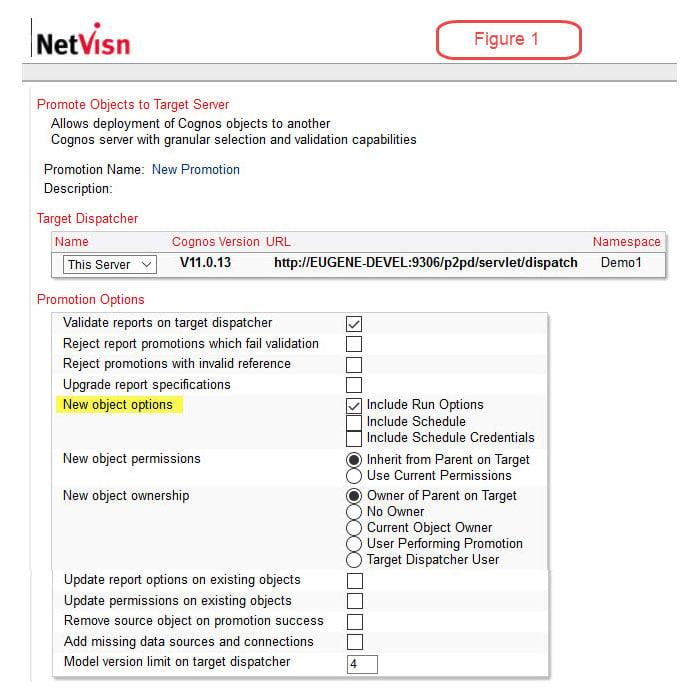 Note that there are also options to include Schedule and Schedule Credentials.

These include two options on permissions (security) as shown in Figure 2:

Figure 3 - These include a number of options reflecting the fact that object ownership in one instance may need to be different in other instances.

Note the ability to deploy or promote content from personal folders as well as public folders shown in Figure 4. This reflects the fact that many objects created as personal reports are often seen to have broader currency across the enterprise. Having this option available makes deploying or promoting these much easier.

In Figure 5 we see some other options for updating both options and permissions on existing objects on the target instance. Selecting these options insures that objects previously deployed to the target instance are updated to reflect the latest options currently in place on their source.

Also note the option to include that all required data sources and connections be automatically included in a deployment being executed. This is possible because NetVisn knows all dependencies of all objects in the Cognos Content Store. For example, this could be an underlying base report for a report view that’s being deployed or any other requirement.

Finally, having the ability to access and share deployments can be a huge timesaver in some environments. It also insures that routine, recurring deployments by different individuals are exactly the same. Figure 6 shows an example of a promotion being imported from a shared directory.

Deployments in every Cognos environment are an example of routine tasks that go on day in and day out. They have to be done in a very precise way, often by multiple people in different locations and to do this successfully today requires having the right tools with the right options available.

© 2020 Envisn, Inc.  –  All rights reserved. Promotions and Deployments in Cognos Made Simple 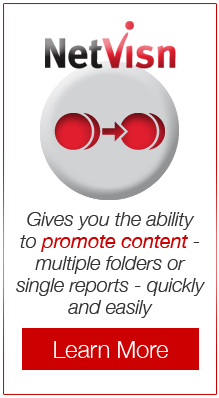