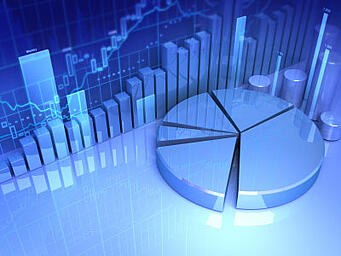 By Paul Hausser, Envisn, Inc.
Introduced in 1990, Cognos PowerPlay set a new standard in terms of both ease of use and power in decision support technology. It quickly became the leading product in the OLAP market and helped make Cognos a leader in solutions that empower the user. Analysts credit PowerPlay and tools like it as having significantly broadened the market by bringing decision support tools into all levels of the organization. Users finally had the ability to align data with the questions they needed answers to.

Eight years after its introduction PowerPlay Web came along and it became one of Cognos’ most popular products ever.

There really are at least two answers to the question “Is PowerPlay Dead?”, and maybe more. The first is for those customers that are still on Series 7 and the second is for customers who have migrated, or plan to, onto what is now Cognos 10.

For Series 7 users PowerPlay is still supported by IBM with 7.5 the current version in use. As recently as January 2014 IBM has a Cognos Series 7 Commitment Statement on its website stating that Series 7 products continue to be developed and supported, adding that no end of life date has been set these products.

While one may question just how much new development will actually take place, it’s likely the technology these users rely on to run their business will be around for a while. This has to be encouraging for the thousands of PowerPlay customers around the world that see no need to move to Cognos 10 anytime soon.

Why not migrate to Cognos 10? Two main reasons: The first is that many of these users have no need for the added functionality of Cognos 10, especially if they have only a modest number of users. And second, many perceive the cost of migrating to be more than they can afford, both in terms of the migration cost itself and the licensing costs of the Cognos 10 software.

Thus, it’s likely that there will be thousands of customers that will be content to just use the PowerPlay they have indefinitely.

The introduction of Cognos 8 in 2005 combined the features of several previous products, including ReportNet, PowerPlay, Metrics Manager, NoticeCast, and DecisionStream onto a common platform. This had a lot of advantages for Cognos customers the main one being much easier administration and support. While migrating to this platform is not inexpensive, it’s relatively easy with all the migration services and utilities that IBM offers. Companies can plan and migrate in whatever way meets their needs and take as much time as they need to do it.

Going from Series 7 to Cognos 10 BI PowerPlay allows you to migrate the entire application including reports, cubes, Enterprise server, Upfront folder structure, properties and security – almost everything. There are some loose ends but they’re relatively minor. IBM Cognos BI PowerPlay is a service on the IBM Cognos BI platform and users get to keep the interface they like while enjoying the benefits of the Cognos 10 platform especially in terms of performance and shared data. Plus, as their needs expand they can, with additional licensing, take advantage of the broader IBM Analytics offering including Dynamic Query/Dynamic cubes, TM1, etc.

As an example of how far IBM has gone to keep PowerPlay users happy on Cognos 10, they continue to offer a client version that allows disconnected use and flexible reporting. For those that need it this is a big deal.

Best of Both Worlds

So if you like your PowerPlay you can keep it. Either as a Series 7 product with functionality largely unchanged from its last major release, or as part of the larger IBM Cognos BI platform with all the potential that offers going forward into the brave new world of Big Data. Interesting isn’t it, that the tool that started analytics for the masses almost 25 years ago is still going strong as a base product in what is arguably the broadest set of analytics available today. In the software world there are not many examples of that kind of longevity.

All trademarks mentioned herein are the property of their respective owners.