or The Monster that Keeps Growing 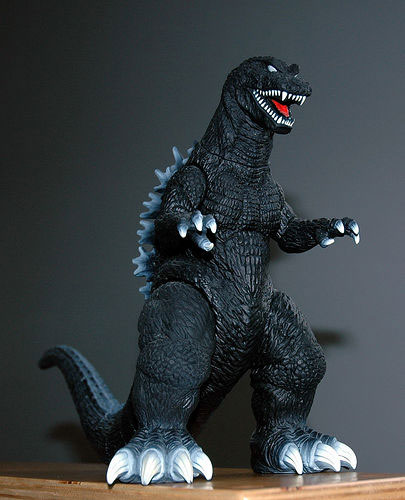 by Rick Ryan - Envisn, Inc.
Do you know how big your Content Store is? Do you know how fast it’s growing? And where, and why? If the answer these questions is no, then you’re not alone. Most Cognos administrators don’t really have their arms around this issue either. Not having the means to easily answer these questions is a big part of the issue; it’s hard to manage what you can’t measure.

In the five plus years that Cognos 8 has been available there have been a number of trends underway in terms of how it’s used. Probably the most interesting one is the dramatic increase in the amount of overall content in the Cognos environment, and thus, the increase in the size of the Content Store. It’s not uncommon to see Content Stores today that are over 100 Gb in size. That’s a lot of stuff, especially if you don’t know what it is.

Why the Dramatic Growth?

Back in the days of Cognos Series 7, and even into the early days of ReportNet and Cognos 8, most Cognos environments developed a standard suite of reports for their users that was intended to cover what the users needed in the way of reporting. Thus, marketing, sales, finance and other departments or groups each had reports created for them that were designed by others to meet their needs. That was the plan anyway. But the problem was that trying to determine what users needed and how that changed over time really didn’t work too well. Users always needed something different for their unique needs.

Thus began the move to letting users create their own reports so they could get what they wanted when they wanted it. It also resulted in more license sales so Cognos liked it too. It appears that user training to pull off this shift was somewhat uneven at best. As advanced as the BI tools are today, it can still be a challenge for users to create exactly what they need for their reporting, especially if it involves the proper use of prompts and/or bursting. Users will often experiment in creating reports until they get what they need. But the saved output from what they’ve created could remain there forever.

Users are now using their personal folders to create their own reports, schedule them, email them etc. They can also create views on public reports to create a custom version of a standard report. These things, coupled with no rules on saving report output also increases content rapidly. All of this has resulted in an explosion of content over time. In large Content Stores the number of Cognos objects such as reports, models, packages, etc. is typically dwarfed by the amount of saved output. It would not be unusual for a Content Store of 100 Gb to be comprised of 20 Gb in Cognos objects and the other 80 Gb to represent saved output.

A large Content Store in and of itself is not necessarily bad. But it can become a problem when it begins to affect performance. We saw one instance where someone decided that the right strategy was to back up a very large model each week to a different file location. It soon began to have noticeable impact on overall BI performance. This is only one example. Imagine what happens when others do similar things without understanding the impact. Your Content Store is going to grow organically but that should be the result of new users and new content focused on real user needs.

Get control of your Content Store. Here are some specific things you can do to tame its growth:

-Administrators and modelers need to know how they can unintentionally create growth issues. As an example, inadvertently or intentionally creating package versions on large models will also result in rapid CS growth.
-Train the user community – Users who are trained to do the basics well can go a long way to eliminating aberrant growth. Plus, it helps them get what they need faster and without pain.

Uncontrolled Content Store growth is a major issue in large IBM Cognos environments. Get out in front of your CS growth before it becomes a serious problem. Waiting too long will result in an out of control Content Store with limited options for correction.