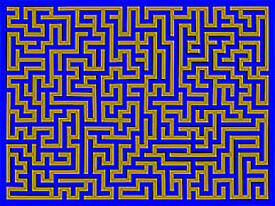 At one time or another many Cognos BI managers or administrators are faced with the task of upgrading their security model. This article will focus on a best case scenario for moving from LDAP to Active Directory (AD) for managing security in Cognos BI.

Most large Cognos BI environments move to Active Directory sooner or later. There are a number of reasons for this, but simply stated it’s because: Active Directory is a stable, scalable, secure and proven identity management and control system whereas a custom developed LDAP solution is not. Custom LDAP solutions lack these attributes and are cumbersome to manage.

How this often plays out is that Cognos BI managers are given a timeline for moving to Active Directory and then left to figure out how best to do this. It’s generally not a pain free process.

The Challenge for Cognos BI

What you’re trying to do here is to take your Cognos content from an existing access structure and migrate it to a new one. While this is conceptually a simple task, there are some things that make actually doing this somewhat difficult. The major one is that the new environment causes a new CAMID to be created for every user. When this happens there is no linkage back to the users My Folders, distribution lists, etc. It’s as if every user is new user. Obviously, current users expect to have access to what they have today, particularly their personal content.

You will first need to create a plan that covers mapping your existing LDAP structure to Active Directory and then re-linking users My Folders back to the new environment. The steps are:

Migrating from LDAP to Active Directory offers a lot of advantages but needs to be done with careful planning and execution. This should be treated as a separate project and not made part of any upgrade. IBM Cognos recommends that you not change security models during a version upgrade within C8 or C10 or from one to the other.