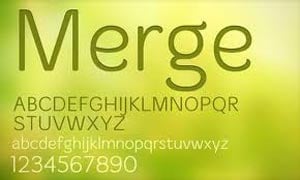 One of the many challenges that Cognos BI users often face is the need to consolidate or merge one or more Cognos environments into another one. This may come about because of an acquisition or simply to try and achieve economies of scale by merging Cognos environments. Not surprisingly, there are few, if any, guidelines on how best to approach this. This article will cover a couple of approaches to consider using for doing this.

An ideal situation would be where you could have the least amount of work and disruption to the current environment(s) and have it happen quickly. What does this imply? The main things are:

While some of these may appear to be wishful thinking, let’s take a look at how a couple of alternatives stack up against them.

IBM Cognos provides the option of using a deployment to merge one environment with another. The advantages of doing this are:

There are some potential downsides to this approach that include:

This option also provides a lot of flexibility around merging content on a more selective basis than a Cognos deployment. That can be important if there is content that may not be needed in the merged target environment.

Merging or consolidating Cognos environments is increasingly common in today’s world. But to get it right it’s important to create a plan that lays out exactly what you need to do before you decide which option is best.

Netvisn for Cognos - Different. Better. See why it matters