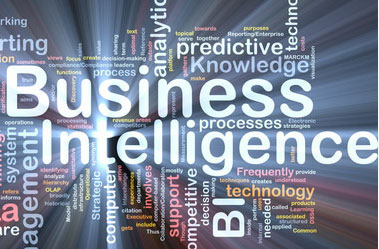 Cognos 10 was introduced at Insight 2010 at Las Vegas. At the time it was a big deal. Its goal was to bring together social collaboration and business analytics on a single platform and simplify the offering by integrating many of the individual products that were part of the Cognos legacy. By most accounts it has done this very well and in the four years since then IBM has added a number of new features and enhancements. These are almost too numerous to mention so we’ll just list the major themes:

Cognos 10 is now an enterprise platform with the ability to implement and manage BI Analytics around individual users’ needs. This market segment is maturing and most mid-size and large organizations already have BI or another reporting system in place. Double digit growth in the top end of this market is dependent on something new.

A pervasive theme at the recent Insight 2014 was that Watson is the future of analytics. This was particularly true in the large audience events but also apparent in many of the session tracks and very obvious on the Expo floor.

So what’s in the future for Cognos BI Analytics?
Is there a major release on the horizon?

This question was asked of a product manager in one of the sessions I attended. The response was, “That’s a question we’ve been asking ourselves lately.” Not exactly an answer that reflects any certainty over the near term.

A major version release sets an expectation of something big. If there isn’t something big why not just keep going with Cognos 10? This is essentially what’s happened over the past four years. This is not to disparage what they’ve done with C10, but users are always looking for what’s next.

IBM appears to be counting on Watson Analytics to be the next big push in this market. This allows users to analyze data without any technical or statistical knowledge. Performing analytics using natural language questions is the holy grail of analytics but for this to be successful you still need to ask the right questions and frame them in a way that gets a valid answer. And the iterative process of working with data over time is a key part of developing this skill.

A session at Insight 2014 titled Taking Advantage of the New Features in Cognos 10 had nearly 400 attendees and they were all focused on adopting them as part of their work. Many cited examples on how these help their organization right now to improve the decision making process. These are the people that make it happen day in and day out and they’re focused on the nuts and bolts of analytics. It’s not obvious they see Watson Analytics as being relevant yet to what they’re being asked to deliver. This makes one wonder if the reach from where they are now to a Watson Analytics world is a bridge too far.

So in answer to the question, “What’s between the current version of Cognos 10 and the full adoption of Watson Analytics?” it’s not clear at the present time that there is an answer. Absent a response it will likely be more evolutionary releases similar to what we have recently seen than a major product announcement. 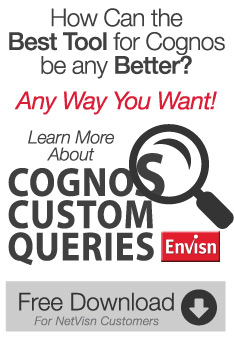