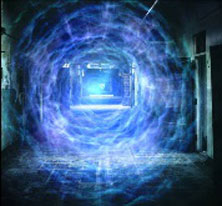 In Part I of this blog we covered the basics of data lineage; its definition and why it’s important. Here in Part II our will be focus on some of the things that are possible when Cognos data lineage is captured and stored for use in multiple creative ways.

Part I covered the capture of data lineage back to and including the database itself. Having this data is essential to understanding data used in your Cognos environment. And if you have it for every object, by definition you have it for all the objects in your environment; and thus, you have your data universe. While this sounds like a truism, the point is that it’s the key for unlocking many additional capabilities beyond simply documenting the data being used. Done correctly, this becomes the Rosetta Stone for your Cognos environment.

The data lineage is not in the Cognos Content Store. At least not in a way that makes it readily usable. So how do you get it? This requires a lot of work and expertise to be able to get this from the reports, queries and published packages and models that are in the Content Store. It requires being able to break these down and get all of the details needed about the data, where it’s used and its dependencies. Difficult but not impossible. We’ll cover this in more detail in a future blog.

What the data lineage makes possible are a number of useful things including the following:

What really makes this work as shown in these examples, is that while we have all the pieces of data you would ever need, we’ve captured and stored it in a way that we retained all the “interconnectedness” of the data and its dependencies. So we know what pieces of data came from what object and how that object relates to other objects.

This makes it possible to answer virtually any question you may ever have about your Content Store and to be able to perform all of these tasks and more that Cognos administrators would encounter on a daily basis. The secret sauce is really getting both the data capture and design right.