This blog article is the first in a series of articles on this subject. It’s not something that has been explored in depth to our knowledge and deserves move coverage. Our focus will be on the breadth and depth of Cognos metadata, and more importantly, how it can be used to address issues that Cognos administrators and developers face on a daily basis. These will be in depth examples of Cognos Metadata and its use.

One thing we felt a need to do at the outset is to create a metadata topology to bring some structure to what we’ll be talking about. In the figure below we have identified four main groups of Cognos metadata. 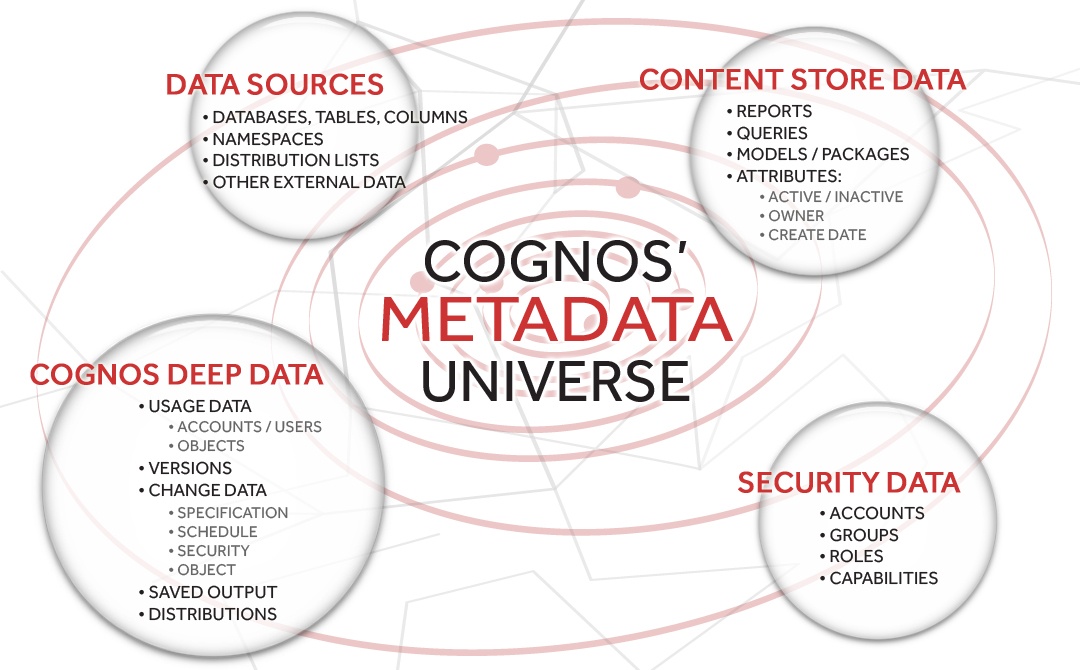 One could debate what should be part of this topology of the Cognos metadata Universe. Some might say that it should only be data that is directly part of Cognos itself or created by it. This view is too narrow since it leaves out some key data elements that are part of the Cognos world. Things such as databases, namespaces, distribution lists, etc. And more importantly, this metadata is as important as what gets generated by Cognos itself.

What we’ll we doing:

A key element of our process in this exploration will be starting with what’s already available through Cognos and what you have to uncover on your own. That will be the subject of the next blog in this series.